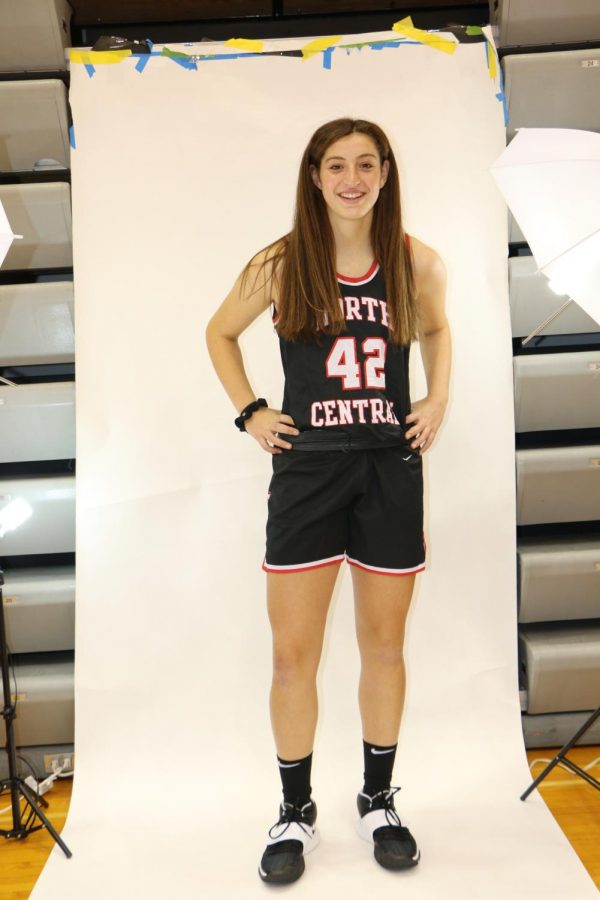 Meg Newman played on the girls' varsity basketball for all four years. Newman accumulated multiple awards throughout her career.

On the first day of sophomore year, we were asked to make a promise in my English class.

A promise to ourselves, to someone else, to some random thing. There were no limits; no expectations. It was simply a note card where we could promise whatever we wanted and at the bottom of the card in bold writing was the statement, “because I said I would.”

I wrote, “I promise I’ll win coach Ramey a state championship.” Because I said I would.

Unfortunately, I fell short of fulfilling my promise. However, this is not meant to take away from the historic year we had. We were no doubt the best team in the state. Undefeated on our home court, undefeated in the MIC, county champions, conference champions and sectional champions.

We defeated the number one team in the state of Ohio, we avenged losses from past years, and we grew into a tight knit group fueled by selflessness, grit, and playing for one another.

A team filled with exceptionally talented individuals learned to sacrifice for each other in order to produce positive results.

This year was everything but normal. And that was for obvious reasons. Despite the lack of normalcy, my heart is full of gratitude because I got to play my senior season with such a special group of people and I was able to represent a school as outstanding as North Central; an opportunity that so many of my peers across the country have been deprived of this past year.

I am incredibly proud to have been a part of this team because we managed to accomplish sensational feats these past four months. And I am forever indebted to the NC community for making this last four years so special.

In the late, great Kobe Bryant’s short film “Dear Basketball” he says, “you asked for my hustle, I gave you my heart.” This year, I know we poured our hearts out to this game. And that fact is what made this year so extraordinary.