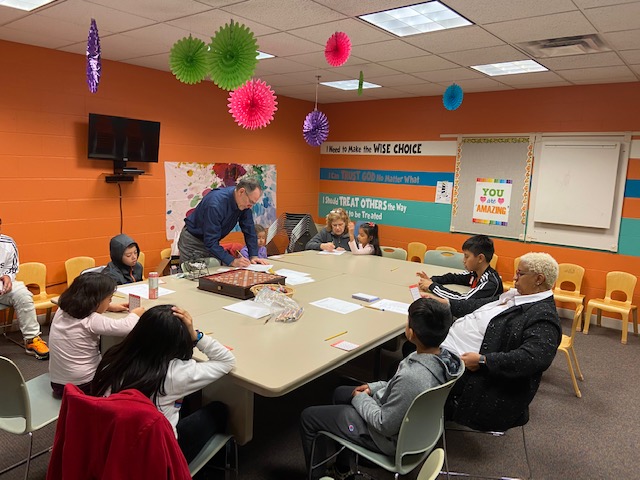 In this week’s Club Corner, we will be featuring the Lion Catchers Club. In this program, high school students and teachers help tutor and mentor elementary school kids.

Lion Catchers was formed in 2014 as a community-wide response to barriers that low-income families face related to educating their children.

“The idea was to focus on tutoring, mentoring, and leadership development for children and youth,” Lion Catchers organizer Tom Lange said.

Lange began to realize the potential of high school students as tutors.

”In 2016, it became obvious that High School students could be a great addition to the tutoring program, and we’ve had several NC students involved ever since, working alongside adult volunteers,” Lange said.

The main skill mentors work with the kids in is reading.

“[We focus on reading] because of the critical nature of this skill for success in every other subject and future learning,” Lange said.

Lion Catchers takes place from 3:30-4:30 pm on Monday and Wednesday. Each prospective mentor will be given instructions and guidance as well prior to beginning tutoring.

Lange explains which elementary grades are the primary focus of the Lion Catchers program.

“2nd or 3rd-grade teachers identify students at the greatest risk of not attaining grade-level reading skills, and if the student’s parent agrees, these students make up our cohort,” Lange said.

The objective of Lion Catchers is primarily getting elementary students in a position to read at their respective grade level, but increasing students’ willingness to read in front of their peers has been a byproduct of the program.

“Although the original purpose is all academic, we have learned that a lot of what is accomplished has to do with increasing confidence and self-esteem, both of which are highly valuable in the development of any person to reach their full potential,” Lange said.

Not only do those getting tutored benefit from Lion Catchers, the tutors themselves, in Lange’s opinion, better themselves.

“Oftentimes, the person who volunteers as a tutor or mentor does it because they believe the other person needs this service and will benefit, which they do. However, one of the great lessons in life is that those who serve are blessed in surprising ways,” Lange said. “Volunteers get a better understanding of our community and some of the hardships they may not otherwise understand. We learn how resilient our neighbors are and those who seem to have less, in reality, are blessed with amazing talents and skills that are often overlooked.”

Stop by the Learning Center if interested in joining the Lion Catchers.