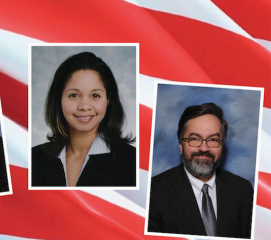 During the general election in November 2018, one of the positions voted on was the Washington Township school board position for District Two. Incumbent Don Kite had served three consecutive terms beginning in 2006. Ultimately, challenger Alexandra Curlin narrowly defeated Kite with 51 percent of the vote.

After the election, it was discovered that despite running in District Two, Curlin actually lives in District One. On August 23, 2018, over two months before the election, Curlin filed a Petition of Nomination and Consent for School Board Office Elected, a document that must be submitted by candidates prior to the election. In the petition, Curlin correctly listed her address, which lies within District One, but she indicated that she was seeking the school board seat representing District Two. In order to run for the Washington Township school board, candidates must certify that they meet all of the qualifications to run, including residency requirements.

Kite claimed that, due to Curlin’s failure to meet the residency requirements, she should not be seated. He filed a petition for election contest in the Marion County Circuit Court in December 2018.

“My expectation is that she will be seated, and then our appeal will seek to unseat her. Essentially, tell the board that it has to seat me because I was the only candidate who was qualified to run in District Two,” Kite said in an interview with RTV6.

The Court denied Kite’s petition, stating they are not in a position to disenfranchise voters after the election has occurred.

The Indiana Court of Appeals, however, reversed the Marion County Circuit Court’s judgment, ruling in Kite’s favor on December 30, 2019.

“Until the certification [of the ruling] is issued, no change in Board membership will take place,” Ellen Rogers, the Community Relations Coordinator for Washington Township, said.

Curlin has until tomorrow, January 29, to appeal the decision to the Indiana Supreme Court.