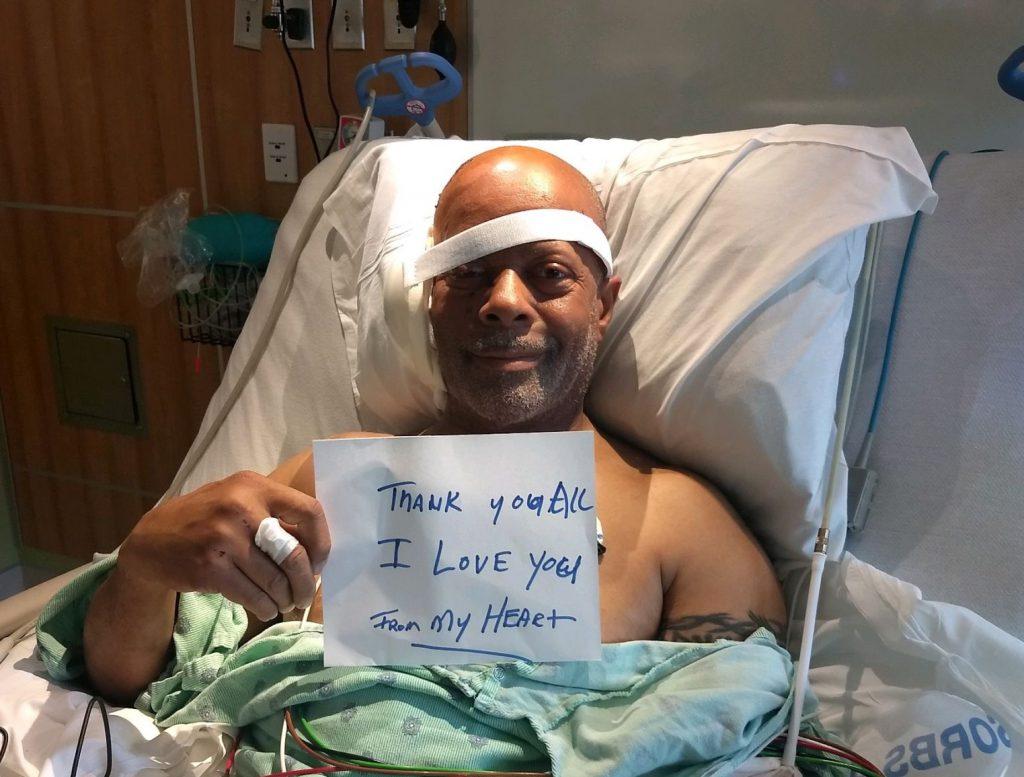 On March 8, traffic officer Anthony Taylor was struck by a car during his morning duties before school. The incident has caused him to be hospitalized and treated for a deep laceration in his skull, a laceration on his leg, a compound fracture on his left ankle, a mild concussion, pelvic and hip injuries, and a mangled ear.

Currently, Taylor is in the Sidney and Lois Eskenazi Hospital. With this long list of gruesome injuries, Taylor is focusing on recovery. However, he encourages anyone who is concerned to come and visit.

“I am taking it slowly, day by day,” Taylor said, “Anytime you guys want to come see me I welcome that.”

Since the accident, an online fundraiser through the GoFundMe service has raised over $25,000 by nearly 600 people for Taylor. He is overwhelmed by the support from the community.

“I am overblown and I never thought something like that could happen to me,” Taylor said. “It’s just reassurance that my mission that I set out in my head and focused on in my mind is really what I turned out to be and I plan to continue that as best I can.”

In the past few days, Taylor has been able to reflect on his journey throughout Washington Township and his goals as a traffic officer and upstanding member of the schools.

“My mission when I came was to become a permanent part of Washington Township and be able to say, as the officers say, ‘I’m living the dream,’” Taylor said, “My other goal was to make sure that the students have the belief behind me that if there is a problem you can speak to me”

Though the accident was traumatic, Taylor has no intentions of giving up his position.

“Oh yes. Without a doubt,” Taylor said, “I really don’t like that question because that’s not a part of who I am. I don’t see fear the same way most people do I was not raised with that idea in my head.”

Next month, Taylor will be an honorary guest at the NC Olympics, hosted by NCHS Live!.