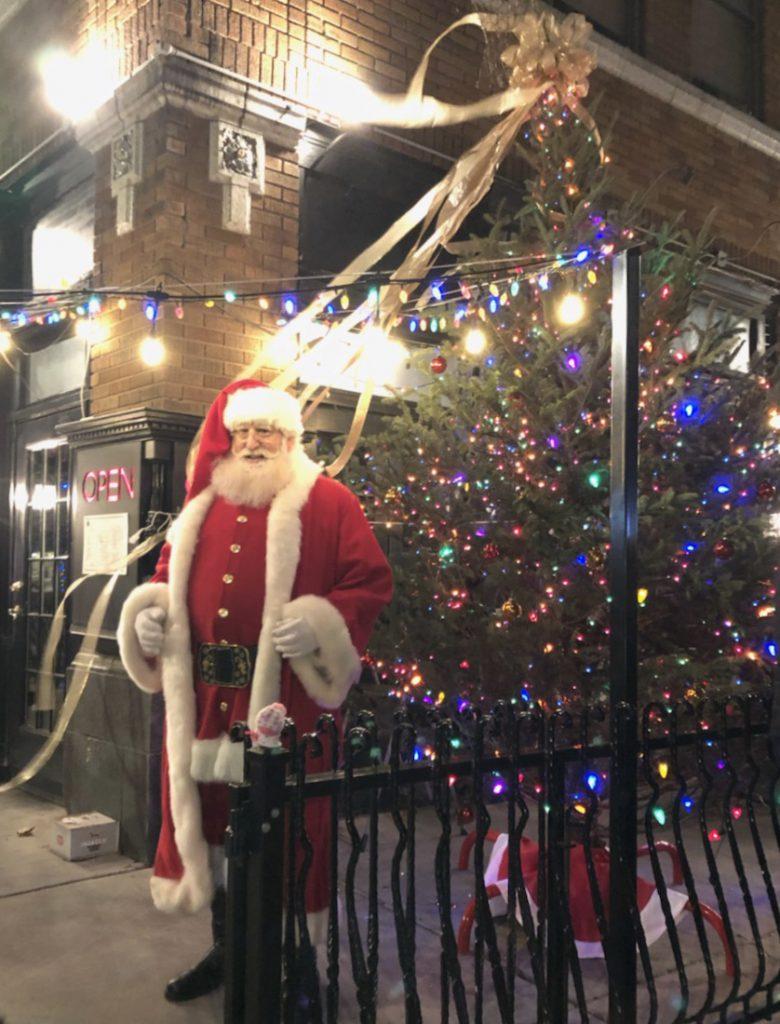 The annual Broad Ripple Christmas festival and parade was cancelled this year. According to The Broad Ripple Village Association president this was due to a lack of volunteers. Lanie Lopez, manager of Broad Ripple restaurant 317 Burger, decided to take it upon herself to gather fellow business owners and community members to continue the tradition with 10 days to put it together.

“I was really sad from the perspective of a mom who wanted to continue the tradition of taking my daughter to it, and I was upset from an employee‘s perspective of the loss that would come from losing an event that brought so many people and so much business to the village,” Lanie Lopez said.

Putting a holiday festival together in a such limited time is no easy feat. Yet locals were determined to keep the tradition alive.

The streets of Broad Ripple were filled with colorful lights and holiday spirit. Local businesses and restaurants contributed by housing a variety of holiday themed activities such as cookie decorating, which struggled to keep their supply from running out, and live reindeers. Even Santa volunteered to help bring the festival a jolly atmosphere.

“I was afraid that because the date changed from being the Sunday after thanksgiving as it was in years past, and since it went from a canceled event, to an event that was back on again, that people would be confused and or not show up,” Lopez said.

Due to the success of this years festival, Lopez and her group of volunteers plan to continue the tradition themselves next year. Although the parade was absent from the festival this year, there are plans to incorporate it in next year.

“The group of us who made the event happen this year, are hoping that we can take the lead for next year too, were securing the necessary permits from the city so that we can bring the parade back is one of our first agenda items,” Lopez said.

This years festivals numbers show that families and Broad Ripple community members do care about this holiday tradition and will take it into their own hands to keep it going.