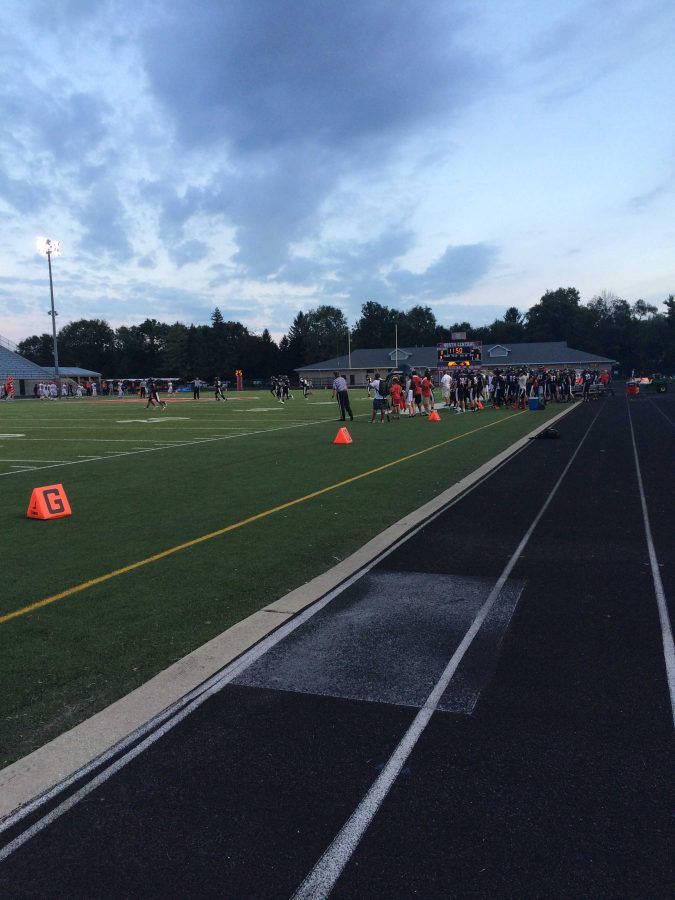 The football team’s losing streak was finally broken last Friday night in their game against Pike.

Although Pike started the game off strong with an early touchdown, the Panthers gained momentum leading the scoreboard by halftime. Junior Cole Maguire led the way in touchdowns allowing the team to score a total of 42 points. In the last minute, senior DeAndre Crenshaw intercepted a critical play from Pike leading NC to a victory.

The student population has been equally excited about the first football win and are hopeful that this win is not their last.

“I think the football team is getting a lot better and the win helped the team get better,” sophomore Joe Burdick said.

Others agree that this victory is the start of a new era.

“It was a great game and it was very intense. Now the school sort of believes in them,” freshman Derrick Griffin said.

All around, panthers sports dominated the competition this weekend. The boys tennis team won their semi-state match against Fort Wayne Leo in preparation for a four peat state championship. In addition, both boys and girls soccer teams won their sectional championship games against Cathedral. The cross country team placed at their sectional meet advancing them to the regional meet. Lastly, the cheerleading team won the Spirit Award.