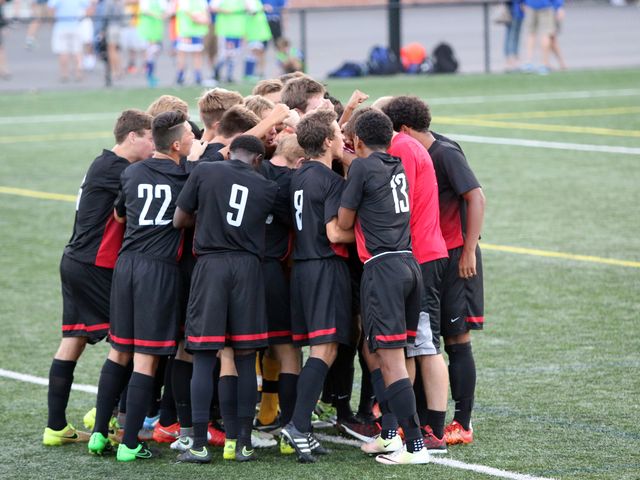 Many Greyhounds fans went home disappointed last night as the boys soccer team took over Carmel’s home turf with an impressive 1-0 win. Carmel held their senior night last night and many fans believed they would walk out with an easy conference win.

The soccer team was able to block all Carmel attempts at a goal. The one winning point came from sophomore Kirezi Gisa Freddy.

The team has an impressive record this year with 8 wins, 0 loses, and 3 ties. The soccer team currently holds the rank of second in the state, while Carmel is ranked fifth. Both teams are behind first rank Harrison.

The Panthers face off in their next match on Saturday facing Cincinnati Moeller at 3:00PM.